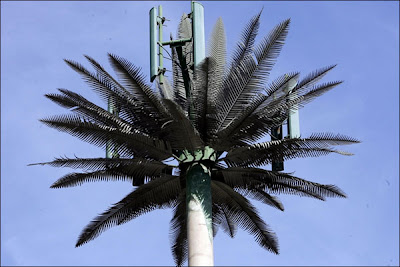 From The Sound of Silence – The Antithesis of Freedom

… a secret Pentagon psychotronics technology known as Silent Sound Spread Spectrum (SSSS) that has been fully operational since the early 1990s… This technology was used against battle-hardened Iraqi troops fortified in deep underground bunkers in Kuwait and Iraq in the first Gulf War in January of 1991. The physical, emotional, and psychological effects of this technology were so severe that hundreds of thousands of Iraqi troops surrended en masse without firing even a single shot against U.S. led coalition forces. The numbers reported in the news were staggering: 75,000 and then annother 125,000 (or more) Iraqi troops would come out of their deep desert bunkers waving white flags and falling to their knees before approaching U.S. troops and literally kiss their captor’s boots or hands if given the opportunity. Why would eight year veterans of Middle Eastern warfare (with Iran 1980-1988) behave this way? Simple. They were subjected to a technology that was so extreme and incomprehensible that they were suddenly reduced to the level of compliant children and felt grateful to still be alive in the wake of their mind-wrenching experience.

This technology is about to be used, albeit in a more subtle fashion, against American citizens in a highly classified and covert operation to mind control and manipulate the entire population into ‘compliance’ with our New World order overlords. The technology will utilize a combination of HAARP transmitters, GWEN towers, microwave cell phone towers, and the soon-to-be-mandatory High Definition DIGITAL TV that will enter your home via A) Cable, B) Satellite, C) HD TVs, or D) those oh-so-easy -to-obtain “Digital Converter boxes” that the government is so anxious to help you obtain and underwrite most of the cost on your behalf.

The March 23, 1991 ITV newsbrief “High-Tech Psychological Warfare Arrives in the Middle East” describes a US Psychological Operations (PsyOps) tactic directed against Iraqi troops in Kuwait during Operation Desert Storm. The manoeuvre consisted of a system in which subliminal mind-altering technology was carried on standard radio frequency broadcasts. The March 26, 1991 newsbrief states that among the standard military planning groups in the centre of US war planning operations at Riyadh was “an unbelievable and highly classified PsyOps program utilising ‘silent sound’ techniques.” The opportunity to use this method occurred when Saddam Hussein’s military command-and-control system was destroyed. The Iraqi troops were then forced to use commercial FM radio stations to carry encoded commands, which were broadcast on the 100 MHz frequency. The US PsyOps team set up its own portable FM transmitter, utilising the same frequency, in the deserted city of Al Khafji. This US transmitter overpowered the local Iraqi station. Along with patriotic and religious music, PsyOps transmitted “vague, confusing and contradictory military orders and information.”

Subliminally, a much more powerful technology was at work: a sophisticated electronic system to ‘speak’ directly to the mind of the listener, to alter and entrain his brainwaves, to manipulate his brain’s electroencephalographic (EEG) patterns and artificially implant negative emotional states — feelings of fear, anxiety, despair and hopelessness. This subliminal system doesn’t just tell a person to feel an emotion, it makes them feel it; it implants that emotion in their minds.” The mind-altering mechanism is based on a subliminal carrier technology: the Silent Sound Spread Spectrum (SSSS), sometimes called “S-quad” or “Squad.” It was developed by Dr Oliver Lowery of Norcross, Georgia, and is described in US Patent #5,159,703 “Silent Subliminal Presentation System” dated October 27, 1992. According to literature by Silent Sounds, Inc., it is now possible, using supercomputers, to analyse human emotional EEG patterns and replicate them, then store these “emotion signature clusters” on another computer and, at will, “silently induce and change the emotional state in a human being.”

“We need a program of psychosurgery and political control of our society. The purpose is physical control of the mind. Everyone who deviates from the given norm can be surgically mutilated. The individual may think that the most important reality is his own existence, but this is only his personal point of view. This lacks historical perspective. Man does not have the right to develop his own mind. This kind of liberal orientation has great appeal. We must electrically control the brain. Some day armies and generals will be controlled by electrical stimulation of the brain.”
Dr. Jose Delgado (MKULTRA experimenter who demonstrated a radio-controlled bull on CNN in 1985)
Director of Neuropsychiatry, Yale University Medical School
Congressional Record No. 26, Vol. 118, February 24, 1974

The physics and engineering behind electromagnetic disease transmission are frightening. Diseases can be reproduced as ‘disease signatures’ in that the vibration of a disease can be manufactured and sent on to be induced. (The brainwave pattern of hallucinogenic drugs can also be copied and sent by ELF waves to induce ‘visions’.) Once diseases are sprayed in the air, electromagnetic-waves attuned to the disease, using harmonics and subharmonics, will make them more lethal and infectious by sending particular disease frequency death-patterns. 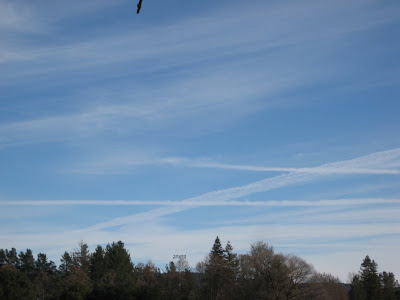 Chemtrails are being sprayed daily all over USA (and other countries too) in a white crisscross pattern. They contain diseases and chemicals which affect our state of consciousness. They can produce apathy which works in conjuction with fluoridation of the water, as well as aspartame and drugs. Fluoride disables the willpower section of the brain, impairing the left occipital lobe.

Fluoride and selenium enable people to ‘hear voices’. ELF waves create disturbances in the biological processes of the body and these can be activated in the population once the diseases are introduced into the body from the chemtrails.

Some chemtrails have been analyzed and shown to be creating cleavages in spacial perceptions, blocking the interaction of various amino-acids that relate to higher-consciousness and to increase dopamine in the brain producing a listless, spaced-out state of lower reactive mind.

Basically, the goal is to fog the difference between the real and unreal and some of this could be connected with the many UFO abductions occurring en-mass. Hundreds have been witnessed laid out on tables and implanted. Intelligence agencies are in league with each other behind this disablement of the masses to such a point that they can’t even fight back. In order for the perpetrators to do what they want, they need the overall ‘frequency’ of each victim to function at a specific rate below the threshold of awareness.

Could this be part of a greater plan with mind-control transmitters covering the whole of USA and England, cleverly disguised as cell phone towers and trees? The power from microwave towers may be turned up to such a level that people can die.

A brain functioning at beta-level (above 13 Hz) is agitated and can’t change its perceptions, if it is artificially maintained by technology to that frequency. This may increase body electricity in others, giving them psychic powers. Is this linked to the New-Agers claim of a rising 12-14 Hz Schumann Resonance, inching us towards the 4th dimension? Stimulants ingested globally from caffeine genetically-modified plants, may also produce an impact on the ‘global-brain’ in the ionosphere collecting our brainwaves. New-age channellers say we are going into 4th dimensional frequency. They ‘heard’ the voice of some ‘ET’ who told them.

However, some ‘ETs’ may be local boys. Voices in the head were produced in prisoners in Utah prisons using Tesla technology. Each of the prisoners received the same message from an ‘ET’. Today, it seems, it’s easy to produce ‘voices in the head’ without implants.

“I began to receive, or hear, high-frequency tones in my ears. When I plug my ears..the tones are still inside and become amplified. It’s as if they had become electrified echo chambers with the sounds coming from the inside out..I began to hear voices..into my inner ears as vivid as though I were listening to a set of stereo headphones..with the end result being that I am now having my brain monitored by an omnipotent computerized mind reading or scanning machine of some sort ”

Hundreds of inmates at the Gunnison Facility of the Utah State Prison, and the State Hospital were subject to this brand of mind-control in order to test it. In the early 1970s, this was brought out in the Utah U.S. District Court, because inmates who had been subjected to this Tesla-wave mind-control in prison had tried unsuccessfully to fight back in court. The University of Utah researched how Tesla-waves could be used to manipulate the mind into hearing voices, overriding and implanting thoughts into the mind, and reading the thoughts, as well as developing eye-implants.

About the Author: Aaron